Our Coaches and Directors 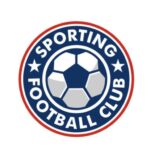 Jon Meyers is solely dedicated to Sporting FC and making football in Westlake Village, California, exceptional.  The focus is currently on building a Youth and Amateur football program based on the abilities and inabilities of the players.  Before this, Jon spent time coaching in the NPSL, UPSL, Collegiately, High School, and Youth programs for over 20 years.  It is not until recently though, that Jon has attempted to put forth a football philosophy based on the universal references and principles of the game.  With a more objective outlook on coaching, it has become much easier to understand how to help the coaching staff within Sporting FC.  Meanwhile, translating this philosophy to the players, while developing a club culture with values, traditions, vision, and a mission.  This aim or challenge we have is not easy and it will ask us to change the way people train and play the game within the culture of football we currently exist in.

As a coaching director Jon is currently looking to bring in a staff that wants to make strides in the way coaches take on the “Art of Coaching.”  Please contact him at SportingFC2020@outlook.com.

Jon brings a vast experience in coaching youth and in Semi Professional levels.  Jon who founded Sporting San Fernando UPSL team is also a co-founder of Sporting Football Club.  Jon coaches and manages the UPSL First team, along with two B04 Sporting FC teams.  He also spends his time focusing on the key development process for our club, and how we can continue to improve each Sporting athletes technical ability.

Aerick is a long serving coach in the community of Ventura County, and brings a lot of experience in youth soccer to Sporting Football Club.  He is also one of the co-founders of Sporting Football Club.  Along with managing and coaching our B05 Sporting FC teams and B03 Sporting FC team, he has a vast amount of connection to the college soccer world.  Aerick is one of the most commanding figures when it comes to getting your child in front of college coaches.